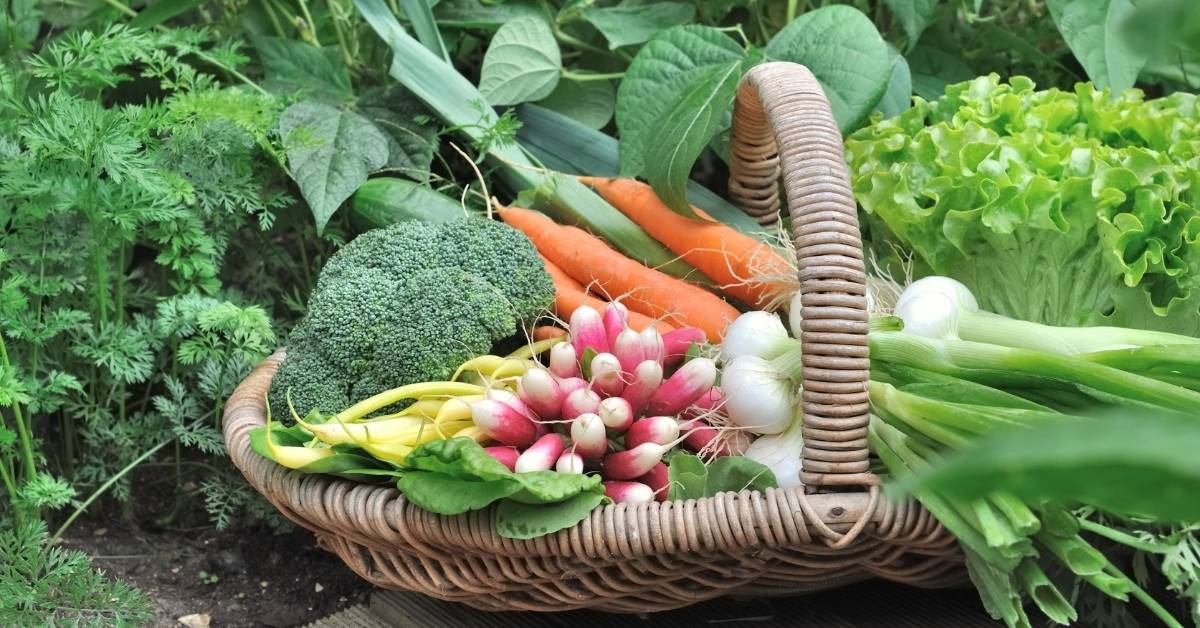 Going to the store to buy vegetables is a normal part of life for most people. But there is a growing cadré of individuals who are looking to expand their cultivation horizons. They want to become less dependent on society for their food, and more dependent on themselves.

In the past, people grew their own food purely for fun. When you did it yourself, you could grow cultivars that simply weren’t available at the supermarket. But today, with the growing cost of food and a looming hunger crisis, the need to grow one’s own vegetables is skyrocketing. This year more than any other, backyard vegetable plots are essential.

But what vegetables should you actually be growing? That’s the big question. In this post, you’re about to find out. We take a look at some of the vegetables that smart people are growing in their gardens and why.

Iceberg lettuces offer low levels of nutrition, but other lettuces, such as romaine and round, are higher in nutrients and a great addition to your diet. Romaine, for instance, is exceptionally high in vitamin C and minerals, like manganese, that most people lack.

Furthermore, lettuces are easy to grow, can be started indoors, and are suitable for transplanting. It’s also one of the few crops that you can grow year-round in temperate regions, meaning that it can supply you with a source of nutrients deep into the winter and early in the spring.

Try growing different varieties depending on the time of year. Lollo rosso is a great variety for the summer because of its dark, sun-protective leaves.

Beans are another superstar vegetable you want in your garden because they grow even in poor soil. If you’re living in the UK, your best bet is snap beans. In southern areas, you may also be able to grow lima and asparagus beans. Most beans thrive in hot, moist soils.

Peas are a great crop for when times get tough because of when you can plant them. Generally, you’ll want to sow peas two weeks before the average last spring frost.

Peas are a great crop because they offer many of the same benefits as regular beans. They’re high in protein, fibre and carbohydrates, and low in all of the things that you don’t want in your diet, like sugar, salt and fat.

If you want to continuously harvest pea plants in the summer, choose cultivars with different maturity dates. Sowing seeds two weeks apart is a good policy. This way, plants will be ready for you to harvest at different times.

Radishes aren’t a popular vegetable at the table, but they are a good addition to your veg patch. Why? The reason is that you can plant them the moment the soil becomes pliable at the start of spring.

They also grow very quickly, making them a great emergency crop. Many radish cultivars take less than a month to mature, giving you a crop by the middle of March in many regions, far earlier than elsewhere in the world.

When planting, cover the seeds in at least two inches of high-quality soil. Ideally, use compost from last year’s vegetable clippings.

Summer squash needs quite a lot of space and well-composted soil. However, it is worth including on this list because of the abundance of the harvest it can produce. When the conditions are right, particularly in the summer months, you can get an enormous squash yield, giving you plenty of food to eat throughout the hotter months of the year. You may have so many summer squash that you need to pickle them to make them last longer.

Beets from the store often taste a little lacklustre. However, beets from your own garden are generally superior. That’s because they tend to develop more flavour compared to commercial varieties.

Beet capsules usually contain two or three seeds. Because of this, you’ll need to thin the beets out after you sow them, once they start popping through the soil.

When sowing, place the seeds around four inches deep and four inches apart. This will give the beet plenty of room for the root to form while also giving it enough lateral space to avoid competition with other beet plants.

Once the roots are between the size of a golf ball and a tennis ball, you can harvest them.

You can also cook the leaves just like spinach. They have a slightly stronger flavour, but are also high in essential nutrients.

Swiss chard is a common crop in cultivar greenhouses since commercial growers tend to ignore it. It’s not on most people’s culinary radar, so it goes largely unnoticed.

Swiss chard, also just called “chard” is a superfood high in practically every nutrient out there. It’s also full of fibre and phytochemicals, making it considerably healthier than the average vegetable. Plus, thanks to its rainbow of colours, it looks great on the plate.

Kale is a controversial superfood found in everything from smoothies to salads. It has a bit of a reputation for usurping broccoli on our dinner plates in recent years.

Interestingly, though, kale is a great vegetable to have on hand in times of crisis. It grows in hard environments, and you can harvest it at different stages. If you need food fast, you can eat the buds and flowers that appear before the rest of the plant matures.

Kale is actually a close relative of broccoli and other cruciferous vegetables, such as cauliflower and mustard greens. These are also relatively easy to grow yourself if you don’t like the taste of kale.

Kale grows from early spring to summer and needs harvesting before it gets too hot. If you want your kale a little sweeter, wait until later in the year to harvest it as it tends to develop more sugar molecules at this time.

To make kale more palatable raw, add lemon juice. This acid breaks down some of the more sulphurous compounds.

If you want to cook kale, try baking it at low heat in an oven to desiccate it, turning it into crispy kale chips.

Cucumbers are a salad staple in this country and many others around the world. However, they are a little trickier to grow than many of the other vegetables on this list.

Before you plant cucumbers, make sure that you fix the soil with nitrogen and potassium to support its yields. Be sure to plant cucumbers in the sun and, preferably, next to a fence which will help the plant climb and provide it with intermittent shelter.

If you live in a corn-growing area, try planting cucumbers nearby. They will benefit from the heat that corn traps while also serving as a windbreak.

Carrots are easy to grow if you live in an area with loose sandy soil. If you live in a clay area, you’ll find growing them is significantly more challenging.

Carrots come in all different shapes and sizes. Orange is the most common commercially, but there are other varieties, running from white to purple.

When planting, look for cultivars that are resistant to pests. Also, plant them away from rocky soil as this will give them the best chance of developing a longer appearance.