We don’t often eat out on a Sunday, but on this particular Sunday we thought what the heck, got our glad rags on, whilst asking twitter where we should head to satisfy our rumbling tummies. Nobles was one of the first places that sprung to mind and when Phil suggested it, we knew we had to go. We’ve only ever been in Nobles for a drink or two (that we remember!). Think it was a Thursday night and there was a live music. It’s always got a good atmosphere but not somewhere we immediately thought of for food.

When we got down, the place was quickly filling up. It would seem there are many people in the know. The atmosphere was full of chatter between friends and families deciding who was having what, it was a great atmosphere. 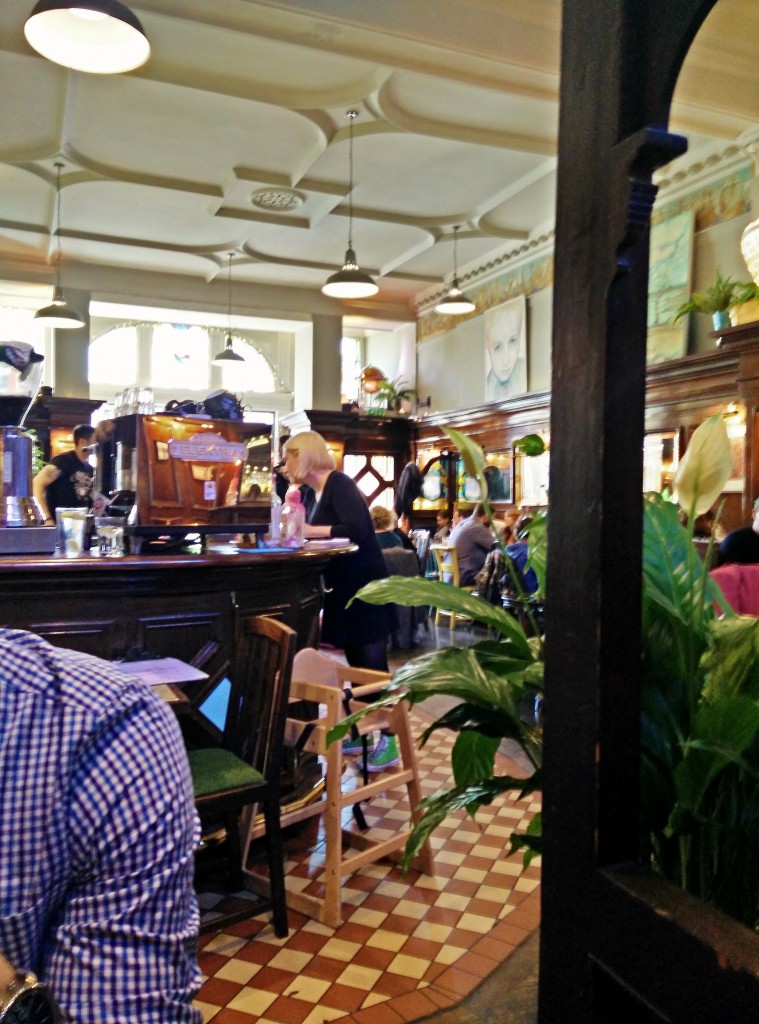 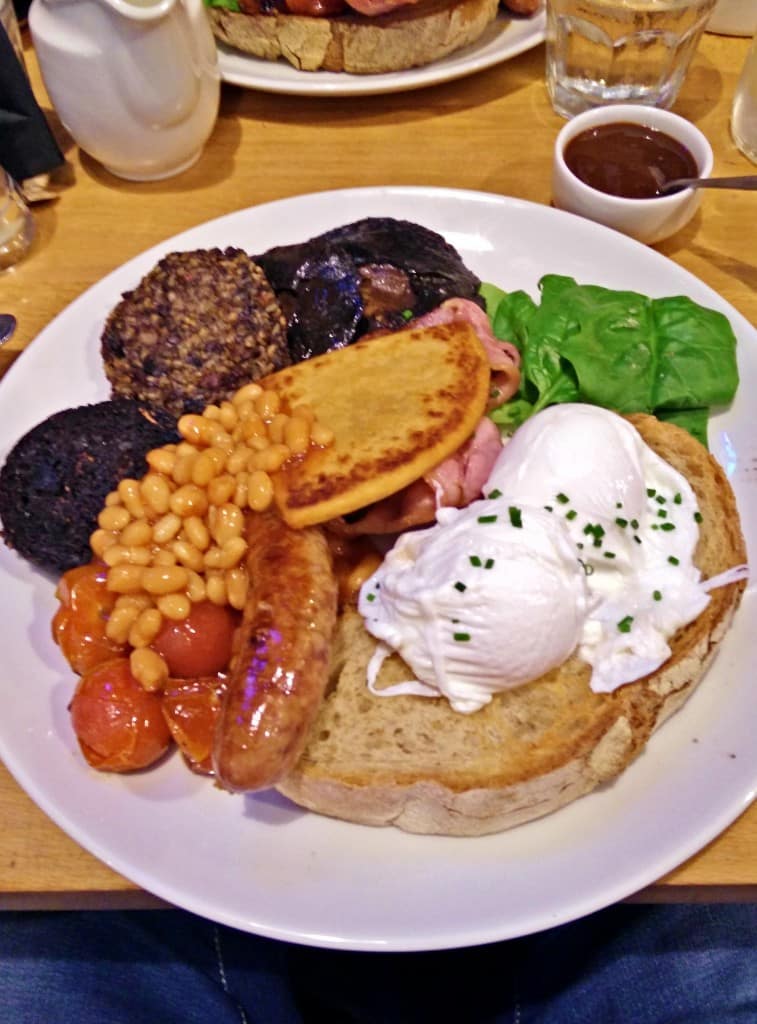 Mr Edinburger had the full Scottish Breakfast, which wasn’t a surprise. It sounded great and looked equally delicious. The bacon was well cooked crispy without being over cooked. The black pudding and haggis were very moreish. With the addition of vine tomatoes and spinach, it made Mr E feel like he was being kind of healthy. The poached eggs were well cooked and still runny on the inside. This delighted Mr E as he could dip his tattie scone and toast in it. Overall he was very satisfied and thought the breakfast was very well cooked. 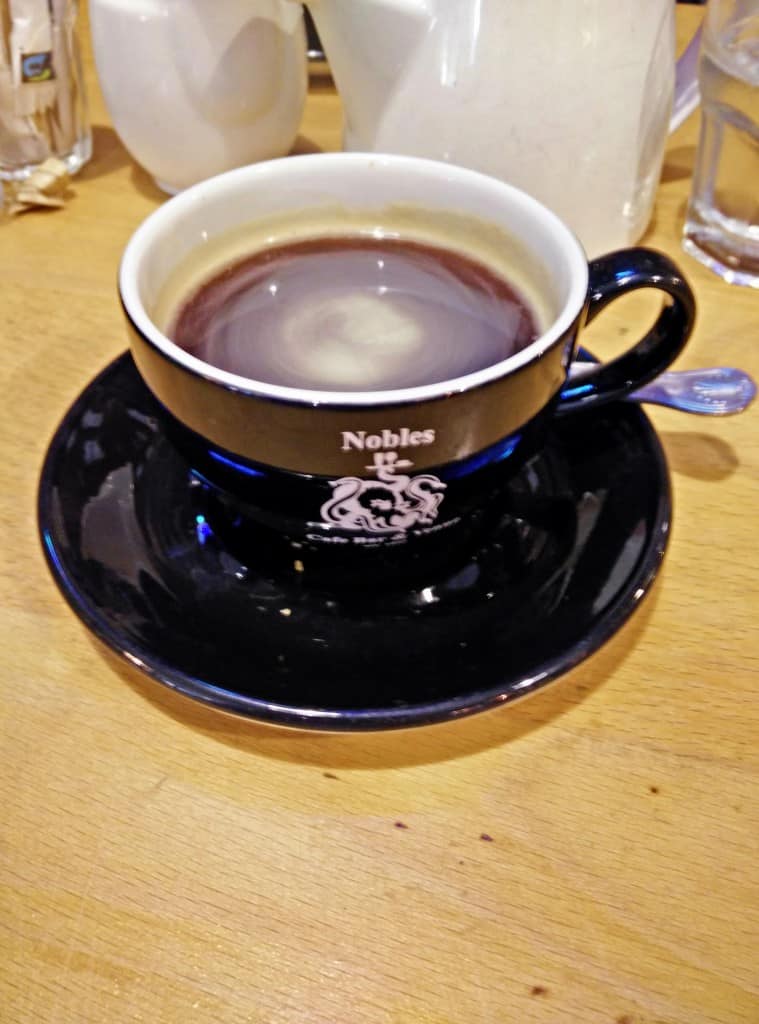 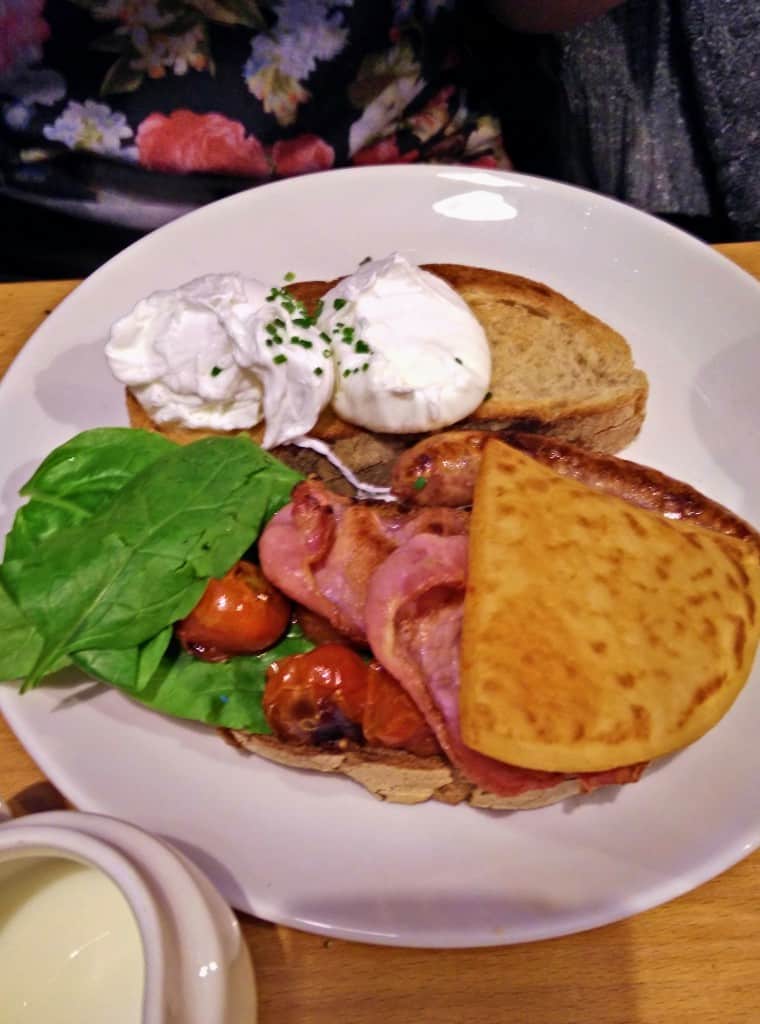 Eggs how you like them, poached on toast, with vine cherry tomatoes, bacon, sausage and tattie scone.

I on the other hand didn’t think I could manage a full breakfast so ordered poached eggs on toast with a few extra pieces. This is a great idea as it allows you to build your own breakfast and have exactly what you want. Everything was delicious and fresh. In hind sight I should have added some beans as it was missing a little something and I think the sauce of the beans would have helped it but I’ll know for again.

Both of us left feeling very satisfied and plotting our return. We think we’ll head back for some lunch or even dinner and maybe even take the parentals as it’s the sort of place everyone loves!