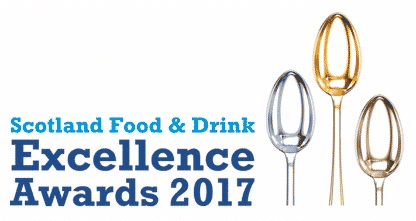 The 21 categories are today (Thursday 12 January) open for entry, including categories for Brewing, Distilling, Own Label and Primary Producer of the Year, new for 2017. Selling out within two weeks in previous years, ticket sales are now also open, available to purchase from the website.

Organised by Scotland Food & Drink and in partnership with The Royal Highland and Agricultural Society of Scotland (RHASS), the deadline for award entries is Friday 24 February. The headline sponsor is Asda.

“Over the last 10 years we have worked hard as an organisation and with partners to build a national identity for Scottish food and drink. However, it is the skill, dedication and innovation of our producers, that has built Scotland’s reputation as a Land of Food and Drink.

“The Excellence Awards allow us to celebrate some of our very best and highlight to the nation and beyond, the strength of Scotland’s leading industry. To grow our reputation even further at home and around the world, we must continue to encourage new pioneers within the food and drink industry in this country.

“To further this objective, all awards entrants receive constructive feedback from our panel of expert judges. So, win or lose, our aim is to support the development of all the businesses that enter the awards.”

The awards celebrate innovation, enterprise and quality in the food and drink scene from businesses across Scotland. Growing year on year, they have become a highly acknowledged accreditation to receive by industry peers, and offer an invaluable platform on which businesses can showcase their quality produce to the nation.

Scottish businesses, which have previously been recognised for their excellence, include the innovative Mara Seaweed; Ian Macleod Distillers of global distribution; historic family business, Graham’s The Family Dairy; and young SME’s such as Magnum Liqueur and Millers Larder.

“Once again these awards will shine a light on the best of Scotland’s thriving food and drink industry, which is fuelled by the skill, pride and dedication of our primary producers, who we proudly represent.  If last year’s winners are anything to go by, we are set for another year of impressive entries in 2017 – we would encourage anyone in Scotland producing fine food and drink to get involved.”

The esteemed Scotland Food & Drink Excellence Awards 2017 take place at the Edinburgh International Conference Centre (EICC) on 18 May 2017. Over 800 people are expected to attend the food and drink event of the year. Attendees will be treated to a drinks reception followed by a three-course dinner created from the best of Scotland’s larder.