What better way is there then spending your Wednesday evening sitting in the West End ordering a curry. That’s exactly what we did a few weeks ago. Taking ourselves away slightly from the hussle and bussle of The Fringe we had booked a table at the Indian Cavalry Club.

Now many of you may know the Indian Cavarly Club well as it has been around for some time, in fact it’s been open since 1986, a particularly fabulous year as it’s also my birth year 🙂 . To many visitors you could easily miss it sitting in a grand town house on the corner but many locals are well aware it’s there. I’d been before with the girls and was excited to be heading back with Mr E.

We had booked in for 6pm, a good time for both of us to make it down from work. When we entered we were promptly shown to our table. It was a great table in front of a window so we could people watch whilst enjoying our food. There were a few tables in at this time but not as many as we might have expected. The Cavalry Club have a great lunchtime and evening set price menu, the latter being £13.95 for poppadoms, selected curries and a naan or rice side, with tea or coffee after.

We dined of the al a carte menu during our visit. Starters are something we very much look forward to in an Indian and we went for the Officers pakora special (lamb and chicken pakora) and lamb boti kebab. 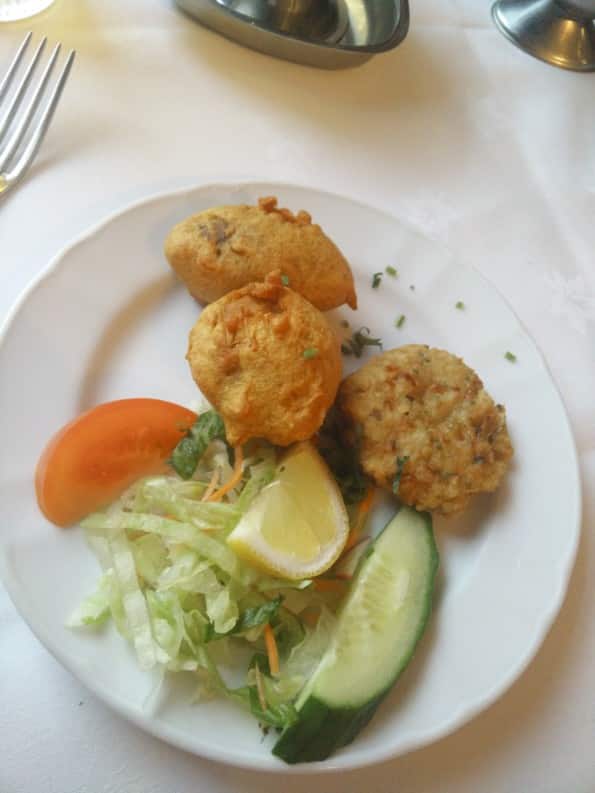 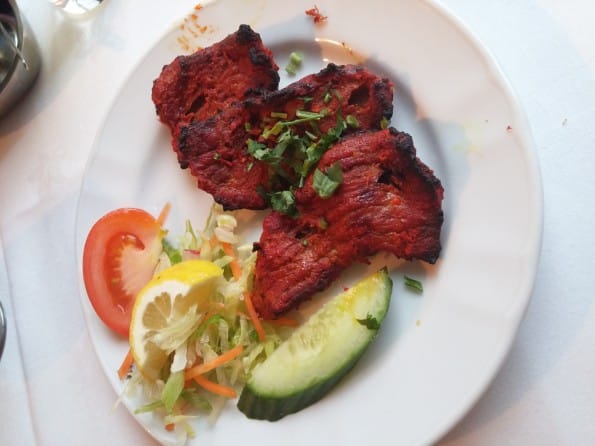 Now the presentation might be very typical of that we have come to expect from Indian restaurants but we are pleased to say that the dishes were excellent. The officer’s pakora was a great idea, the batter light and crispy on the outside and the meat centre fresh and flavoursome.  Each bite was well seasoned and the dish was polished off before Mr E knew it. My lamb boti was another great choice. The meat was well marinated and very soft. The lamb was easily pulled apart and was well cooked.

Next up was the main. This was our favourite part! We love a good curry and rather than opt for my usual of either korma, butter chicken or passanda, I chose the red fort with Jonathan opting for his usual of katmandu. 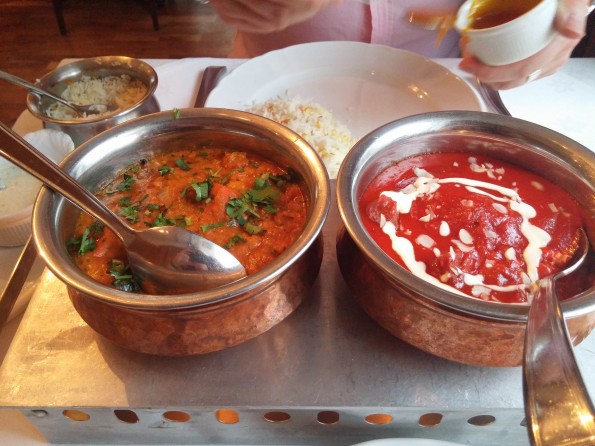 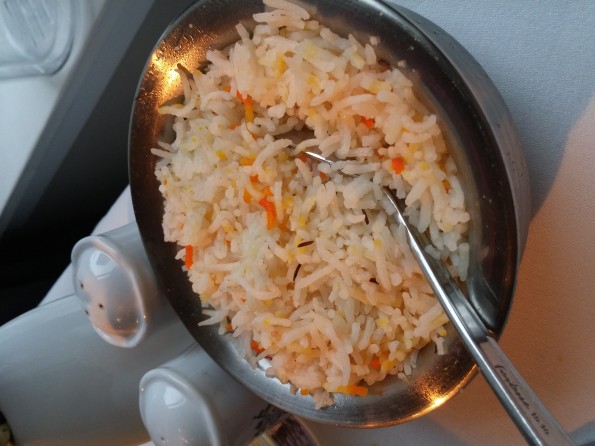 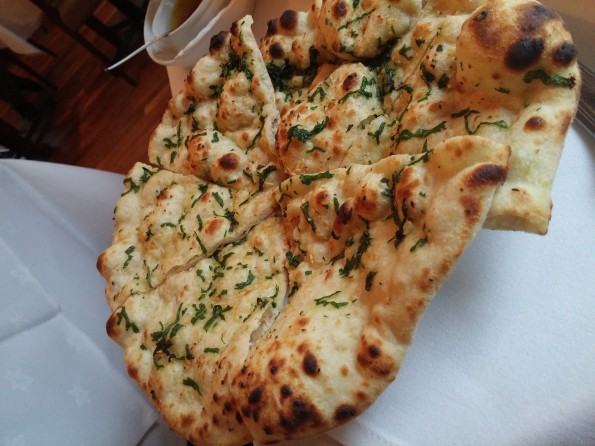 These were great! My red fort was sweet, the lamb succulent and packed full of flavour. Jonathan’s katmandu was jam packed full of tasty bits of chicken and lentils with a slight hint of cinnamon and lime coming through. We pretty much ate most of our main course in silence. It was great. The portion sizes were also something we liked. Not on the small side but more than enough once you have rice and a naan to share. The naan was another selling point, it was light and you could tell it had been freshly baked. We had the garlic naan and couldn’t really fault it.

Overall our visit was great. The food is of an excellent quality and is packed full of flavour. It’s great to see even after a few years since my last visit, it’s just as good as I remembered. By the time we left our table, the restaurant was almost full. The staff are very attentive and made sure we had everything we needed. The indian cavalry club is an excellent setting. Once we had finished we were shown around by Alistair who was keen to show us what else The Cavalry Club has to offer.

There are further spaces through the back, which can be booked out for special occasions or corporate events. The Indian Cavalry Club also benefits from a whole hidden floor downstairs. It has it’s own private bar and can hold up to 60 people. Alistair is keen to use it as a Fringe venue next year and we couldn’t think of anything better. Sneaking in a wee curry before or after a show is a fantastic idea. The final room we were shown to is across the hall from the main dining room. It’s known as the Pakora Bar. Here you can enjoy a drink or two and order from a selection of pakora dishes. We loved this idea as well, we all know that Indian food goes down a treat with a cold beer, so next time your on your way into town why not stop off?

*We were invited along to try The Indian Cavalry Club at a reduced price, but all views expressed are our own.