Abu Dhabi the oasis of the Gulf which has a rich history and culture dating back to 3000 B.C., Abu Dhabi has a distinct Arabian Culture which can be seen preserved in the indigenous population of the city till date. A modest Village with desert housing and stone huts saw a rapid transformation after the discovery of crude oil in the 1950s and since then Abu Dhabi has never looked back and has been ever progressing exponentially.

And in the last two decades, this desert village has transformed into a modern-day oasis in the Gulf with skyscrapers and pristine beaches and historically preserved monuments entwined with luxurious malls and unique structures to attract tourists globally.

Let’s Dive into History a bit and see a few major accolades that Abu Dhabi has achieved which have historical significance and show how far a city has developed from a tribal desert peninsula to the most glamourous metropolis in the world.

Since 2001, the population of the residents in Abu Dhabi which was nearly half a million back then has tripled till date, rising to a whopping one and a half million residents. The stats may seem to be overwhelming but the tourist that the metropolis currently attracts is more than the number of residents that the city currently houses.

Though the summers in Abu Dhabi are scorching hot and unbearable. Abu Dhabi came up with a smart solution that intended more and more tourists to flock into the great city and the smart solution was gigantic, luxurious, and air-conditioned malls which were architectural and cultural landmarks. The First two major malls in Anu Dhabi were built nearly 20 years back the Abu Dhabi Mall and the Marina Mall are considered to be the first engineering step in building this desert metropolis of the Gulf.

Tourism in the Gulf is majorly distributed between Dubai and Abu Dhabi and in the year 2003 UAE took a major step in promoting its tourism in both Dubai and Abu Dhabi by the launch of Etihad Airways headquartered in Abu Dhabi. Etihad Airways opened the doorway for millions of travelers from near and far to travel to this modern-day oasis megacity by offering significantly cheaper travel across hundreds of destinations globally. The distance from Dubai to Abu Dhabi is approximately 120 kilometers.

In the present-day scenario, Etihad Airways is a flagship airline offering the most luxurious and most eco-friendly air travel in and out of Abu Dhabi and Dubai and is ranked in the top 20 airlines in the world currently.

With the never-ending expansion of the city every day new ways of commuting were needed to facilitate a large number of tourists and residents alike as they were totally dependent on taxis or private cars to move around the city. The local authorities solved this major problem by introducing a public bus service which facilitated the locals and the tourists alike by connecting the central commercial district with the surrounding suburbs.

In 2009 and 2010, Abu Dhabi did something which was not expected by any Gulf City as it hosted its first Formula F1 Grand Prix in the Yas Marina Circuit. The Formula-1 Grand Prix made the manufacturers more interested in the prospects that the middle east market offered and as a result of the progressing year Ferrari World was opened which offered the most high-end market place which also included the Ferrari Brand and an amusement park was also developed in the same premises. Apart from being a busy commercial hub, Ferrari World is also a tourist pit stop with thrilling rides and delicious food offered within the campus of Ferrari World. 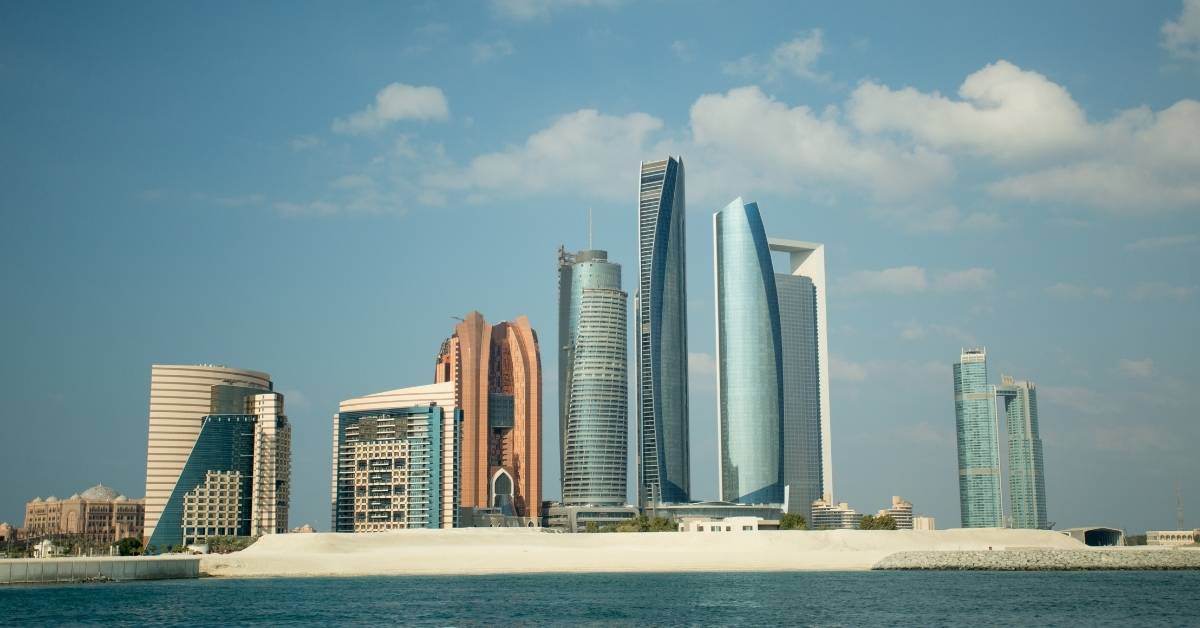 In 2011, the next chapter of the economic success of Abu Dhabi came into being as the Guggenheim Museum, which is considered to be an overseas version of the iconic New York Citymyseam was opened. Along with this, the Capital Gate project was also completed which is a futuristic version of the famous Leaning Tower of Pisa. The Capital Gate tower now serves as the beacon which symbolizes the rise of the city and the success which they yet aim to get in the centuries to come.

It is not known for luxury skyscrapers, beaches, bustling markets or historical sites only, this myth was broken in 2014 when New York University partnered with the government of Abu Dhabi and opened one of the largest and most expensive universities and this made it a focal point of education in the Middle East.

The Levant, a global hub of commerce and tertiary education, a thousand-year-old lost legacy was revived by the opening of the NYU Abu Dhabi campus and serves as a modern-day higher education hub among the Gulf countries in the present day. Abu Dhabi made a Global impact in 2019 when Pope Francis became the first Pope to visit the Arabian Peninsula.

This opened the gates for global trade and tourism and propelled Abu Dhabi to the stage where it was compared with New York, London, Hong Kong and many more metropolises. Pope Francis was the first Catholic Ambassador to visit a place which had thousands of years old Islamic identity and changed the way the globe recognized Abu Dhabi.

In the last two decades, Abu Dhabi has shown the world how to progress in the modern world in a way where you can preserve your history and create modern-day megastructures which serve as a beacon of never-ending progress in this world.

Previous Post: « Top Tips for Helping Your Child with Maths
Next Post: Dog Grooming: The best tips and tricks »