Premium Italian beer brand, Menabrea, has announced its latest series of Maestro Classes, fascinating talks where masters of their particular craft entertain a small audience, discussing their expertise, passion and career highlights. Menabrea is Italy’s oldest and largest family-run brewery. Founded in Biella, Piedmont, 1846, the brewery has been run by the Menabrea family for over one hundred and fifty years. Celebrating craftsmanship in all its forms, the first Maestro Class takes place at Edinburgh’s Balmoral Hotel on November 9, with Bianchi Dama UK’s Team Principal, David Walters. David will give listeners a unique insight into what it takes to build a successful performance cycling team and the crucial role that Italy’s, and the world’s, oldest cycling brand has contributed to the team’s achievements. 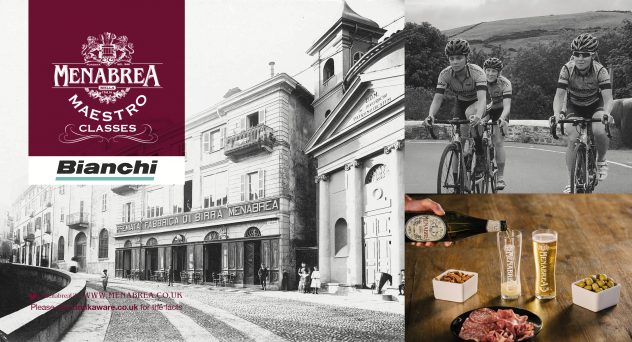 The Menabrea Maestro Classes take place across the UK, with attendees enjoying ice cold Menabrea, served with traditional Italian aperitivo throughout the evening. Menabrea is synonymous with craftsmanship, quality and passion, three factors inherent to each maestros’ story and life. Brewed on the same site in Biella, Northern Italy, by the Menabrea family for over 150 years, the brewery makes two principal beers: ‘Bionda’, a 4.8% ABV pale lager and ‘Ambrata’ a 5% ABV full-bodied lager. Located in the foothills of the Italian Alps, the Menabrea brewery is the oldest in Italy.

The beer is made with the purest Alpine meltwater with the lagering process taking place over 4 weeks in maturation caves found under the brewery. The caves under the brewery, which provide the perfect natural conditions for lagering, were an important factor in choosing the site back in the 1800s. There is little waste during the brewing process, with some of the used grain given to a neighbouring cheesemaker, who uses it to make a very popular beer-infused cheese called ‘Sbirro’.

Entry to the exclusive event is free of charge, all you need to do if interested is sign up online here. 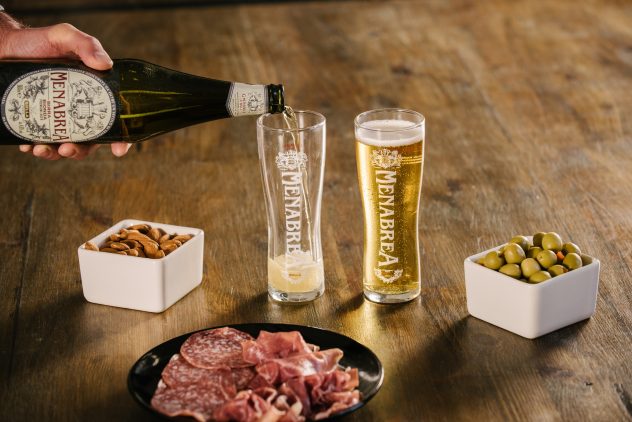 Earlier this year, Menabrea showcased an in-bar experiential activity around the Giro D’Italia, Italy’s most prestigious cycling race. An interactive racing bike toured bars across Scotland giving drinkers the chance to sample Menabrea, brewed in Italy’s oldest brewery in Biella, which was a stage of this year’s race.

With further Maestro Classes planned across the UK, the next event takes place in London with Dylan Jones, author and editor of men’s lifestyle magazine GQ.Since 1999, Dylan has been at the helm of GQ, arguably one of the UK’s most influential magazines. He has also written a number of books about masters of their craft including The Door’s Jim Morrison, fashion designer Paul Smith and Elvis. Most recently, his second book on David Bowie called ‘David Bowie: A Life’, became a best-seller. This event will be held at The Guardian Building in London.

The Menabrea Maestro classes will run as follows: