So we love a good deal and had spotted an Itison voucher for Enjoy Restaurant situated below Albany Boutique Hotel on Albany Street.  It’s not necessarily the easiest to spot place but find the hotel and you’re halfway there.

Once inside we were a bit unsure what to expect, but were pleasantly surprised at the nice spacious layout of the restaurant.  It had a few rooms leading into each other which gave it a cosy, private sort of feeling.

We were shown to our seats and given menus to browse over and make our decision.  The wine list features 4-5 red and 4-5 white bottles of wine, with a selection for everyone.

The menu is a mixture of Indian, Scottish and Italian dishes.  A somewhat strange combination but they could be onto something.  I opted for the brushetta and Mr Edinburger opted for the haggis pakora. 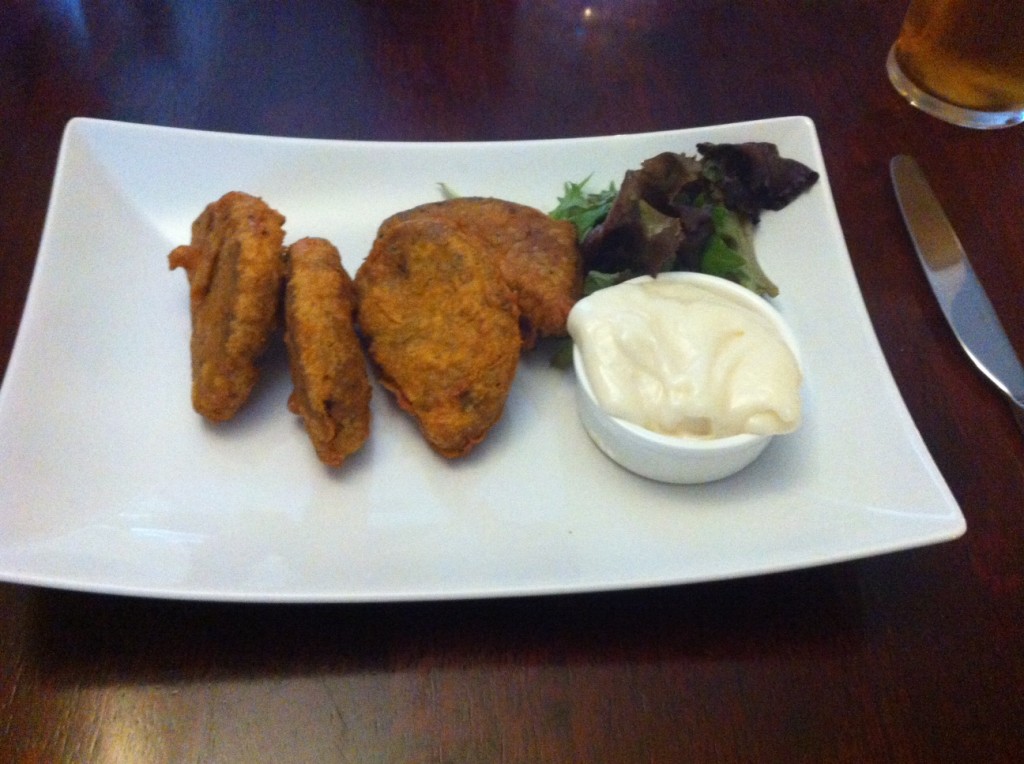 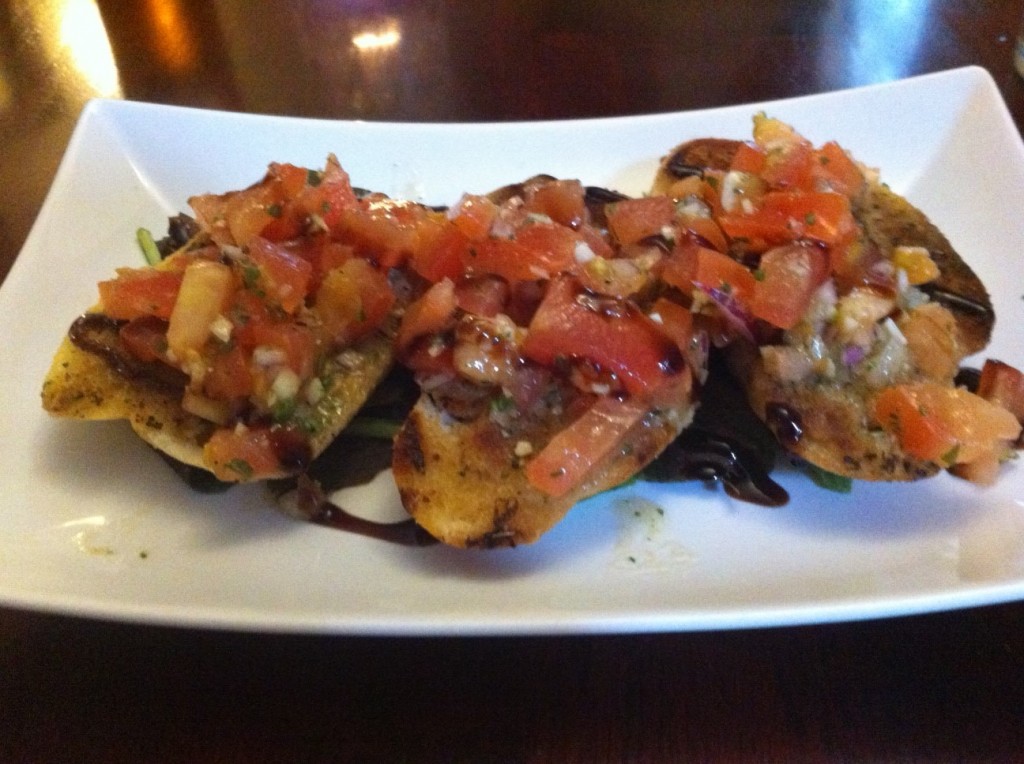 The haggis pakora was very tasty and was served with a plum mayonnaise.  It was crispy on the outside and still very much like haggis on the inside.  The bruschetta was also very nice.  The bread was the right side of crispy and there was lots of topping.

For main, Mr Edinburger opted for steak and chips and I had the spaghetti carbonara.  I think in this case, the steak was the better option. 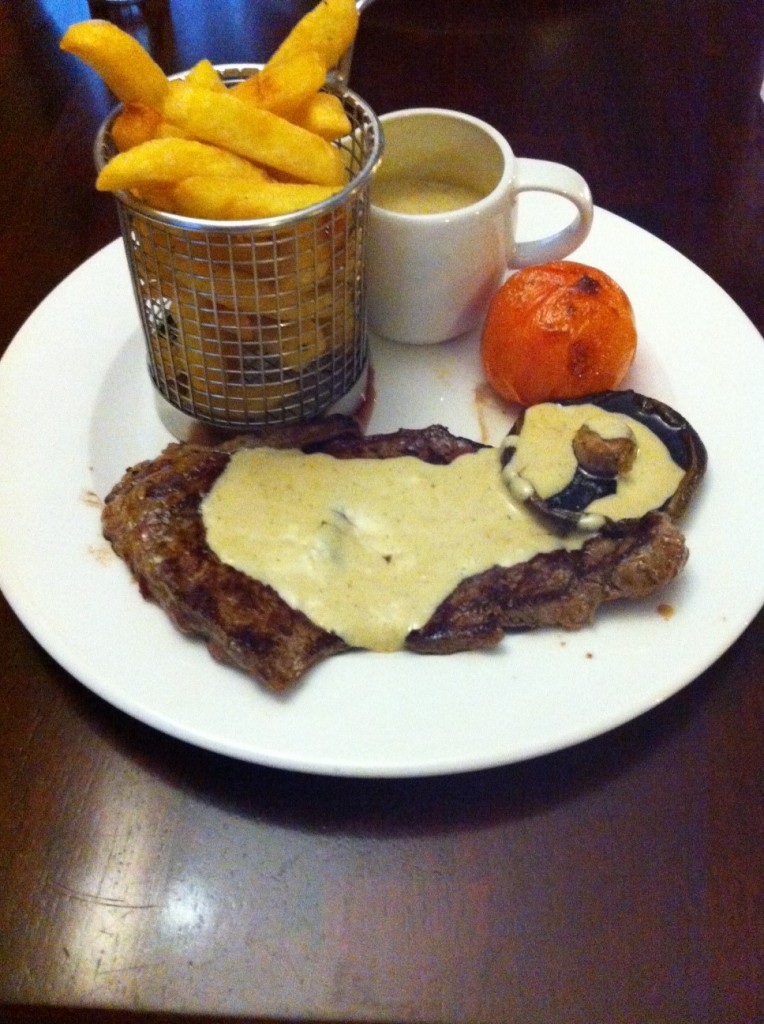 I’ve been reliably informed that the steak was good and cooked to how he liked it.  My carbonara on the other hand was ok.  It was lacking a bit of something, I think it was probably seasoning and garlic.  After a few mouthfuls it become quite stodgy.  Mr had a try as well and agreed there was something missing.  The plus point was there was lots of bacon to be found it in, but it didn’t seem to make it any tastier.

We decided that as dessert was included in the voucher we would order.  There wasn’t anything particularly catching my eye so we ordered hot chocolate fudge cake and New York style cheesecake.  Again both of these were average.  The cheesecake again being the better of the two and well presented.  My chocolate fudge cake was warm but the sponge was a little dry but it did have plenty of sauce. 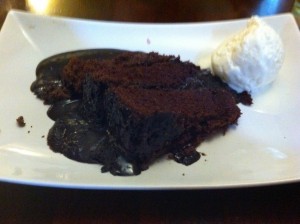 Would we come back again, probably just for the steak or maybe to try something else on the menu.  I think we’d probably skip dessert and maybe just have another glass of wine.  All in all it wasn’t bad for £18 and the staff were friendly.