We bring you news, good news if you’re a beer fiend. This is also good news for me as it means I have a good excuse to continue drowning my sorrows/celebrating turning the BIG 3-0. Beer-loving friends Richard Servranckx and  Dan Quille, both born and bred  in Leith , plan to share their passion for quality brews and revolutionise the Scottish beer scene with a new ‘Craft Beer Revolution Festival’ at Assembly Roxy in Edinburgh 24th to 26th November 2016.

Dan said… ‘I recently visited America and was blown away by how popular craft beer was there. Here is Edinburgh it’s still the norm to go into a bar and order a pint of one of the big brands, so we decided to put our love of micro-brewed beer to good use and organise a festival that will introduce people to the amazing range of craft beers that are produced here on our doorstep and support the craft beer industry.’

The three-day festival will be held at Assembly Roxy in Edinburgh (24-26th November) and showcase craft beers from 13 of the best breweries from Scotland, the UK and Europe including Edinburgh based breweries Pilot (a favourite of Mr E) and Top Out (one of Mrs E’s favourite beers), Glasgow based Up Front, Panda Frog Project from Newcastle, London based Howling Hops and Parisis from Paris are to name just a few of those attending. 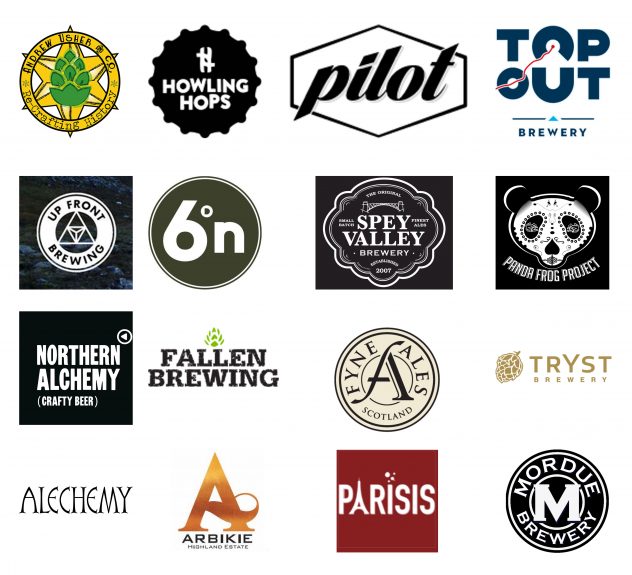 Arbikie Gin and Vodka and wines from Vino will also be available for those who wish to enjoy the festival with a different tipple, sounds like a great day out for everyone!
Over 60 beers will be on offer in the Beer Hall, from pale ales to hoppy 10% brews, appealing to both beer connoisseurs and novices who can try new flavours, meet the brewers and discover a new favourite beer. A Craft Beer Revolution beer will also be available – a slightly spicy double red rye IPA – brewed in collaboration with Edinburgh based microbrewery Ushers, and festival goers can vote for their favourite beer to win the ‘Craft Beer Revolution Beer of the Year’ award. 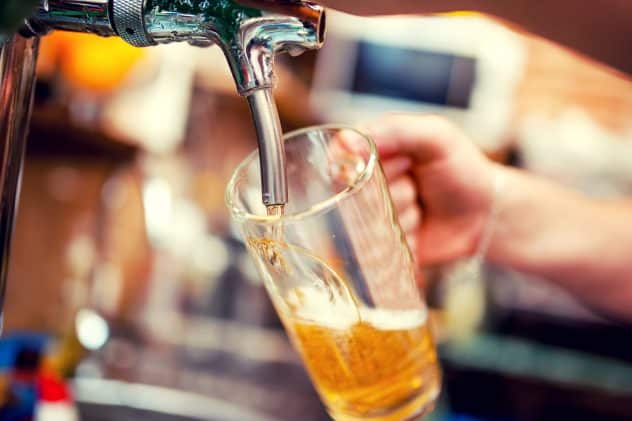 Now if your drinking beer you need good food to accompany it, don’t worry the guys have also got that covered with street food being served-up by Scoff, The Buffalo Truck and Glasgow’s popular Babu Bombay Street Kitchen, and Cleaver & Keg Charcuterie Trollies will meander around the festival offering cured meats to pair with the beers available.
As well as a Craft Beer Revolution branded glass to drink from at the festival and take home, tastings and masterclasses from the breweries involved are also included with tickets. Entertainment is in the hands of those attending as it takes the form of a playlist compiled from songs festival goers have requested online before the festival. There are also daily pub quizzes, Beer-Drinking Relay Races and much more.

Richard added… ‘We’ve been working hard over the last 6 months to produce Craft Beer Revolution Festival and can’t wait to share it with our visitors. We are thrilled to be working with all the breweries taking part and honoured to support Brewgooder as our charity partner and support their #DrinkBeerGiveWater campaign that provides clean water to over one million people.’

Early bird tickets priced at £8 are on sale now and include festival entry, a Craft Beer Revolution branded glass to drink from and take home, a £2 beer voucher and entry to masterclasses. Make sure you follow the guys on twitter and facebook to keep up to date.
Previous Post: « Breakfast at Badger & Co. Review
Next Post: Scotland’s Food and Drink Fortnight »