After a long, hard day at work, we ventured to Checkpoint. For those of you who don’t know, Checkpoint popped up during the festival and like a few others have managed to be so successful they’re now a permanent fixture and have recently been named one of the 25 coolest restaurants by The Times. We hadn’t been to Checkpoint before but we had been keeping tabs on them on twitter. 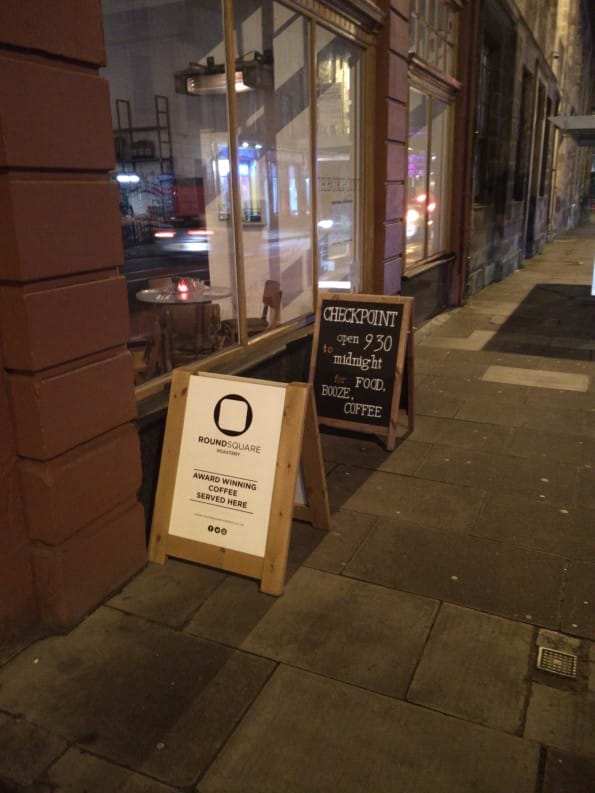 The menu is a mixture of everything you need to take you through from breakfast to late night dinners. The interior of Checkpoint has an industrial feel to it and this is only added to with a storage container offering a unique dining setting. Mr E was a little bit disappointed not to be seated in it but we were more than happy with our window seat.

With both us trying to be a little healthier in preparation for the wedding we opted to go for a main and dessert. The menu has lots of dishes to share and ones made for those who don’t like to share. There’s a very wide range of meat, fish and vegetarian dishes on offer. 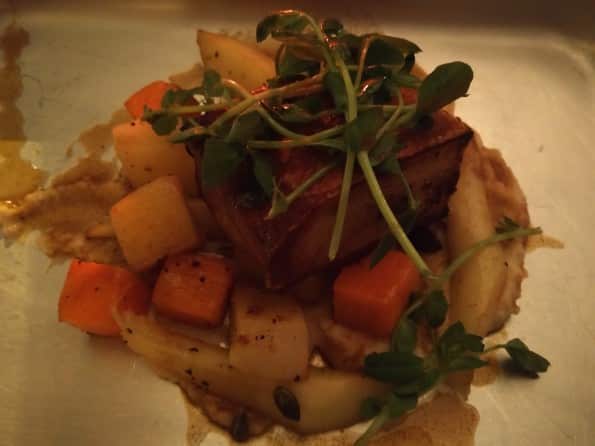 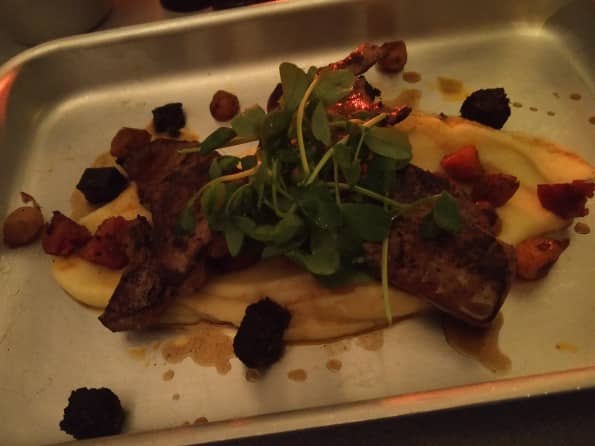 Both dishes arrived on metal trays as plates, this continued to add to the industrial feel. Mr E was quickly tucking into his ox liver and I was hearing all the right noises which sounded like he was enjoying it. I wasn’t brave enough to try it but he’s assured me it was well cooked and a much bigger portion than he’d expected and it was juicy. The chorizo and black pudding cubes added a spiciness to the dish.

My pork belly was delicious. It too was a meaty portion and the crackling was almost 100%. It could have done with just a little bit longer to make it a bit more crispier. The root vegetables were cooked well and the parsnip puree was full of flavour.

The only one thing which we both commented on was the temperature of our dishes. Both the potatoes and parsnip puree could have been a little bit warmer. We wondered if it was the metal dishes which cooled it down quicker than normal. 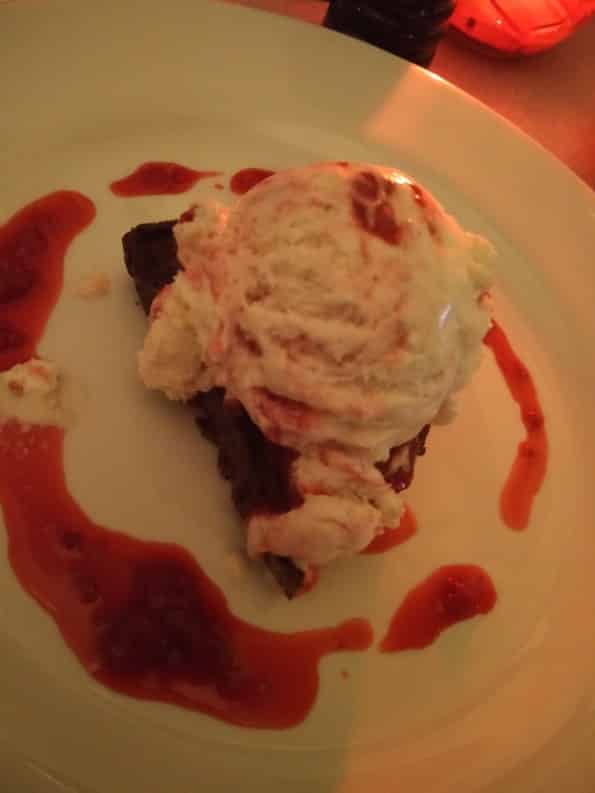 Desserts are always a winner with us especially when there is chocolate and crumble on the menu. The pave was rich and the raspberry ripple ice cream balanced the dish well. On it’s own it might be too much but Mr E was again making quick work of it.

The apple and plum crumble was the right side of tart and the fruit was a lovely texture. The crumble added more texture and overall it was a lovely little dish.

Overall, we had a great evening. The service was good and the food arrived quickly. Aside from the temperature issue with the potatoes and puree in our main we really couldn’t complain. Checkpoint is definitely somewhere we will come back and visit. There’s a few dishes we’d like to try out for lunch so watch this space!

*We were invited along as guests of Checkpoint. All views expressed are our own.

Previous Post: « NOW CLOSED – A Night to Remember at The Riparian Rooms
Next Post: Birthday trip to The Beer Kitchen, Edinburgh »