On this occasion I found myself dining alone. I had intended to stop into Rabbies before I caught a train to a conference in Leeds but it was absolutely packed to the door with folk waiting for their coaches. So I wandered on and remembered that someone on twitter the night previous had suggested Twenty Princes Street for breakfast. I’d been here before and had a fantastic meal so thought breakfast would be of the same standard.

I made my way upstairs and was quickly seated by a friendly face. The breakfast meal was simple £9.95 for a cooked breakfast, toast, tea and fruit juice. I opted for everything on the cooked menu apart from hash brown. 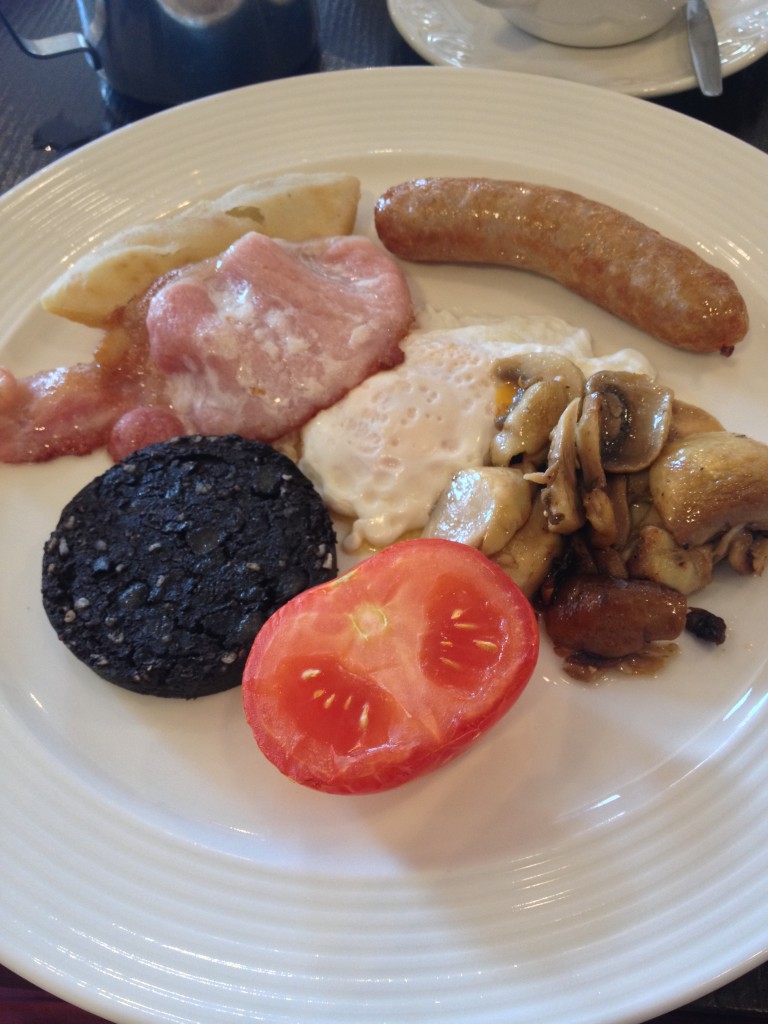 Now from the picture you can see that it’s not quite what I was expecting. I had expected more on my plate. The sausage was good quality as was the bacon and black pudding but that’s about all good I have to say. The tomato could have done with longer on the pan, the mushrooms were watery and the poached egg wasn’t the best. I had also thought there would be a bigger slice of potato bread and had a chuckle at the size of the piece on my plate.

Overall, the breakfast filled me up but I don’t think I’d be returning anytime soon for breakfast. To make up for the average food I was treated to fantastic views of The Castle and Princes Street.